Monday After The Majors 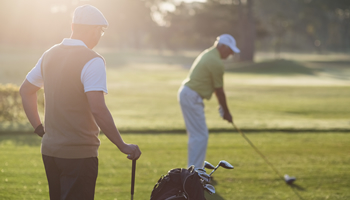 Golfers who dream of the coveted green jacket of the Masters or the Claret Jug trophy from the British Open are invited to shoot for a slightly more attainable purse at Central Florida’s version of the Majors — The Monday after the Majors Tournaments at Orlando’s Shingle Creek Golf Club.

The four men’s majors golf tournaments are: the Masters, the U.S. Open, the British Open and the PGA Championship

The four Monday after the Majors tournaments will be held at Shingle Creek Golf Club on the Monday immediately following each Majors event. Events begin at 8:30 a.m.

The tournaments are open to pairs and feature a two-person scramble format. Driver’s Club members enjoy a 10 percent discount on registration. A BBQ buffet lunch and on-course beverages (including beer) are included. To register, fill out the registration form online or call 407-996-1559.

Prizes for the Monday after the Majors may include, but not be limited to apparel, equipment, certificates at local establishments, sports and stay and play packages Rosen Shingle Creek®.

The headliners for the tournaments are local talk radio veterans Jerry O’Neill and Michael Tuck, who will broadcast live from the events and will be on hand to offer commentary and award prizes at the BBQ luncheon.

As the new PGA season begins, check back for specific dates and opportunities to register for events.

This website uses cookies to improve your experience while you navigate through the website. Out of these, the cookies that are categorized as necessary are stored on your browser as they are essential for the working of basic functionalities of the website. We also use third-party cookies that help us analyze and understand how you use this website. These cookies will be stored in your browser only with your consent. You also have the option to opt-out of these cookies. But opting out of some of these cookies may affect your browsing experience.
Necessary Always Enabled
Necessary cookies are absolutely essential for the website to function properly. This category only includes cookies that ensures basic functionalities and security features of the website. These cookies do not store any personal information.
Non-necessary
Any cookies that may not be particularly necessary for the website to function and is used specifically to collect user personal data via analytics, ads, other embedded contents are termed as non-necessary cookies. It is mandatory to procure user consent prior to running these cookies on your website.
SAVE & ACCEPT
Accessibility
cancel accessibility
Provided by: